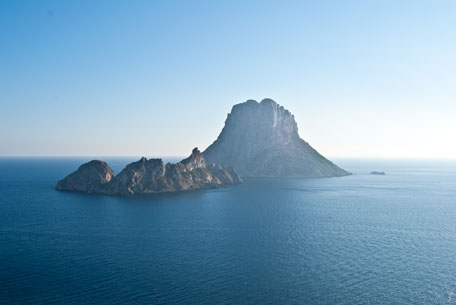 After our visit to Es Cubells, we went to see one of the so-called tourist Ibiza. The settlement Punico de Ses countries of Cala D’hort. Theoretically, it is within walking distance of the beach of the same name. Well, we follow the road signs from our beloved institutions… and did not have noses to find it.

I don’t know exactly what what happens, but is neither the first nor will be the last time, that any intelligent entity has decided not to put all the indications to reach presumable attractions for tourists. And the fact is that they bother to make brochures with a huge fat point on the map to occupying an area of 20 square kilometers. So delude ourselves, the Mission of the Consell Insular seems to be filling hotels in Ibiza. Tourism is another thing.

Promoting (by the eggs) tourism

A time I had a conversation with a Mr official, about the signs. The conversation ended with a “is easy to get if you know the way”. I was going to Minister since then. If I know me the way I can tell an alternative use for the signals.

The case is to come back and turn, a poster appeared us in pink (point of interest) marcandonos the road to Sa Pedrera. It was not on the agenda, but that nose. Since we are. Entered by a road of land with the fear of leaving us them low of the car in any bump. Have much care because here until the goats is twist the ankles. A turn to the right, 200 m away, trying to keep his head straight, turn to the left and.. .se finished the road. Where are we? No idea, nor signs there are nor marks of roads. We parked the car as going to find asparagus and decided to continue on foot.

Find a road to the left. Us is not very clear if it was a road or the remains of a torrent, but it was the only way to reach the Tower des Savinar, a turret of the 18TH century, guarding the coast. In nights clear and without misting, it can spot Denia. As it was sunset, better not to risk. They don’t know how dark that may prove to be the night in Ibiza.

Something should be done. We took the camera and what we have on his back? It es Vedra. And the same angle that appears in the most spectacular photos of Ibiza. We were taking pictures for quite a while. The Sun was down and reflected in the water. The panorama could leave you blind. The wind was blowing cool, despite being one of the hottest days of the year. That hippies made this area their place of residence may not surprise anyone.

It is the perfect place for a viewpoint, and it may not cost much do one. Or it can cost as much doing things well, although we do not sell rooms.