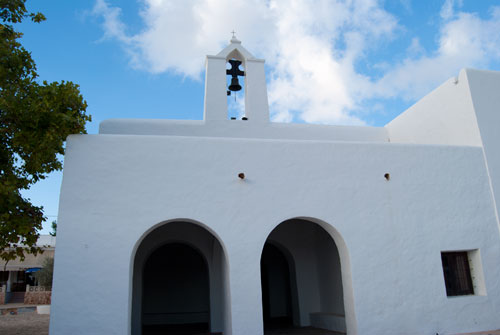 The first time I visited Santa Agnès de Corona, best known on the island as St. Agnes, was a couple of years ago. He was looking for known as Pou des Pla of Forada, a well of water (the first I saw on the island) from time immemorial. As usual, we traveled many, many more miles of the strictly necessary to visit the well, but at least we were seeing a village hidden in the recesses of the island. A village from which many speak but few people know about. Here’s Santa Agnès de Corona.

Where is Santa Inés

Sometimes, this essential duality you play a dirty trick. When you are looking for in a map Santa Inés, not there is form human of find it. The reason we find that this town has adopted the Catalan name, Santa Agnès, nor does too. In fact, to the just having rural town, the area was little more than growing areas crammed on the valley formed between Sant Antoni, South, Santa Gertrudis, in the West, and Sant Mateu, North.

As always take Ibiza as reference, the best form of get until them valleys of Santa Agnes it found taking the road of Sant Antoni, from Ibiza, and, leaving to it left the village, move towards the North by them roundabouts that us dan indications towards the population of destination.

You must be careful not to confuse this road that leads to the cave of Santa Agnès. Despite the name, this cave is located in the perimeter of Sant Antoni, and has nothing to do with the village of Santa Inés.

About ten kilometres from Sant Antoni, we arrived at the city centre. A church, a bar, and some houses.

In many of the major towns that we have visited, the churches are not part only of the landscape, but also of the tradition, legends and battles. Santa Agnés does not. Perhaps the road from Sant Antoni was too much for pirate advances of the era, or the Moorish invasions. Perhaps the sheer cliffs protection was more than enough reason to avoid the siege. The truth is that his church was not built until the 19th century, most on religious grounds than purely military. And despite seeming to the rest and be unique at the same time, it is not the greatest charm of Santa Ines.

Santa Agnés has been, and continues to be, a reason for meeting locals, not on his people, but upon their mountains. During the month of February, the almond trees begin to leave the winter slumber. With the end of the cold, become the shades of white and pink almond trees. Valleys, populated with these trees, they take a different color, and the cameras start shooting like crazy.

This seems a likely reason and more than enough to the town celebrate their festivals back in the veintinuno of January in which Santa Agnès de Corona welcomes you to this explosion of color.