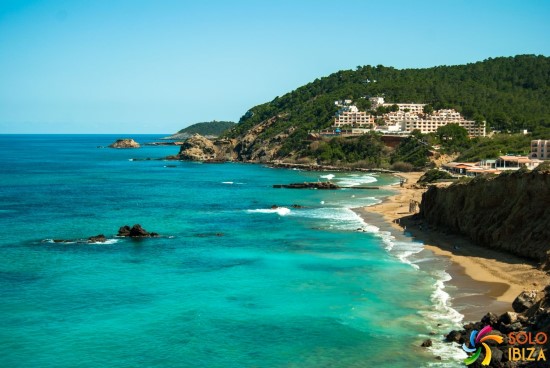 Magical corners of Ibiza. It is Paller des Camp

Today we are going to tell how to get to one of those magical places that the island has. Let clear in advance that you’ll need a rental car and caution. Caution.

To situate ourselves, we must only look at the map of Ibiza and search point situated more towards the East, nearly opposite the island of Tagomago. Face it, the beaches of Es Figueral, whitewater and San Vicente Creek. The three beaches are stunning, every one in his style. White water is pure nature with their famous baths of mud and its more than steep. It is Figueral is more touristy, with the same configuration as the previous and much less slope. In the background we have San Vicente Creek. The latter is probably wider all over the island, in addition to deep Cove.

Magical places to the North

The coast has a very regular landscape although Es Figueral and Aguas Blancas is an outstanding elevation of the terrain. Product of time and erosion, a great pylon rises from the Sea separating both beaches. To it, we’re going to go. Although we will not get to their base, but a few meters further back, where the terrain will allow us to some incredible views. We are talking about is Paller des Camp

Well underway. We will have to take the road that starts from Santa Eulalia to San Carlos. The Church of the people will have to take the next turning to the left. The first fork in the road will allow us to choose between Es Figueral or Cala San Vicente. We take the left road towards the Cove road. We are approaching the second deviation as we contemplate the more typical Ibiza, with seeded and typical country house. They are little more than two kilometers until you reach the signaling of Aguas Blancas. Then we will find a new division with a paved road and other land. Both lead to the same place, but the second is in rather poor condition. If we take the asphalt road, our rental car so we will thank. If this was the option, three hundred metres away you will find a new detour to the right.

In this section we find a somewhat curious development. The walls of the houses offer a very picturesque medieval air. Just leave it, come to the end of the road. You can park your car in the many open spaces that we find.

The first thing we are going to find is a warning sign. Risk of detachment. And it is more than real. The coastal erosion has caused some salient where it can be especially dangerous to look out. In some cases can separate them centimeters of a thirty-meter drop. It is not played. It is not necessary. The cliff is Paller des Camp is very dangerous so take all precautions.

To park your car you will find the sea to our left, after a weed. Just leave the bushes can be seen as recognizable cylindrical-shaped stone. In front of it, a small rather more stable viewpoint with some hearts painted on the floor. Also there is usually some tourist seized the viewpoint to be able to get the photo of the day. Seized by vertigo, of course. (E) impressed by the views, certainly also. To the right, Es Figueral. Somewhat farther away, the torre den Valls. Front of her, the island of Tagomago. To the left, whitewater and San Vicente Creek. You can visit our special Gallery magical places of is Paller des Camp.