Croatia is a paradise with n unknown. And there is that advantage now while still it is. Except Dubrovnik or Split, not find any of its islands or their cities main overloaded of Japanese with cameras of photos, English noisy or German Red as shrimp. That’s the good thing about Croatia. Bad in Croatia? Is too beautiful and too large. My experience was 11 days. I visited 7 cities and I was wanting more.

It best that can make in Croatia is make you a route North South by the coast, that is what made us. Started in Pula, of there in boat to Zadar, from Zadar in bus to Petrcane, turned to Zadar, bus night towards Dubrovnik. Dubrovnik to Korcula, Korcula-Hvar, Hvar Split, and return to the United Kingdom cold boat. If something learned on this trip, is that for the year following had to rent a car. Too many turns in bus, too dependent on public transport. With a car you go where you want when you want and save you many comeduras coconut… In addition there are thousands of companies of rent of cars that operate in Croatia, precisely because is a country in which the transportation public not is the best of the world.

Aside from the people, that is very friendly and speaks perfect English, (although there are always exceptions) What surprised me most of Croatia was the clarity of its waters. I know that the water is clear in Ibiza, Formentera and Menorca… but the clarity and the cleaning of the waters of Croatia is completely different. Gives equal to have 10 meters… see the bottom! Fish passing! What is also different is the arena. Croatia must go with an open mind and with a good pair of chanclitas. Guys… In Croatia there is no sand. In Croatia there are ridges, gravel, stones, rocks… As you want to call it, but not sand. But that that you do not put back, the people are super used: instead of barefoot, chanclitas, instead of towel, mattress… is a matter of slightly change the chip. 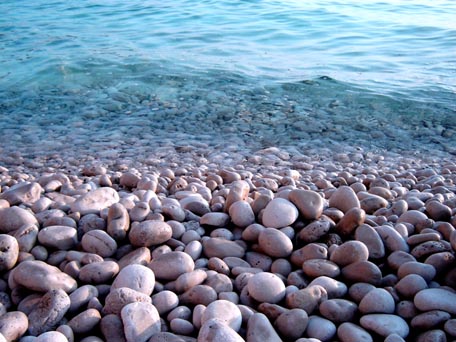 I forgot to mention that of course, don’t forget you glasses and a tube. For lovers of diving the waters of Croatia are a real pleasure, apart from the fact that the water is not cold at all. In fact, I remember having seen a sign where to put that water temperature was 23 degrees, and out of the 27 water. Hardly notes that you’re getting into!

About the prices… all is search is a little the life. The tourist Croatia is expensive, as everything… but in how much you sales a little what are typical sites of the Centre, you can eat and sleep at derisory prices. Wherever you go (except in Dubrovnik), don’t pay more than 10 euros per person per night because it is a scam. In 7 different cities we slept and never pay more than that. And in apartments with kitchen, huh? I am not speaking of hostels seedy. The food… you can paste one shellfish in conditions, always taking into account other than on the promenade of some of the main cities, 100 Kuna beard without problems. Bone, 25 / 27 euros for a seafood platter for two, with drinks included. The fish very fresh, in almost all parties can ask you Golden to the oven or squid and in all parts are incredible. And so it costs you in Madrid a plate of spaghetti with tomato. No doubt I will return. I have it clear. And I have left many cities to visit… The interior of Croatia say that also is incredible. Zagreb, all the part that looks to them Balkans… all cities medieval, where is breathes the history and the not so distant war… and the nature is still nature