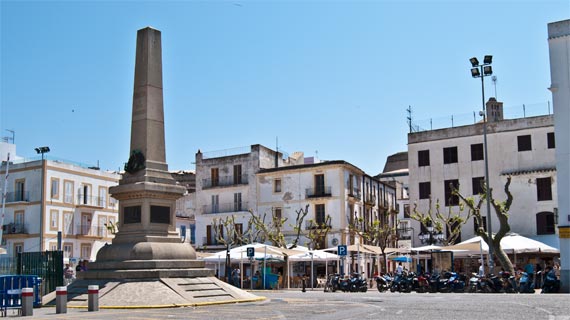 Continuing with the wiki-saga, and after make very clear the idea having the English of Ibiza, today we focus on the German tourism, a tourist who demands much more quality and services. And of course, much better informed.

They form a set of islands of Formentera and a large number of small and uninhabited rocky islands. The languages official are the Spanish (Castilian) and the catalan, although on the island is speaks a dialect of the catalan called Ibiza.

The Balearic Islands have their origin as a continuation of the mountain range that crosses Andalusia from Gibraltar to Sierra Nevada. At a depth of 1,500 meters, a moat separates the Balearic Islands from the Mainland, so it has its own continental shelf.

Ibiza is a mountainous zone with a steep coastline, which is interspersed with sandy shores. Located to some ninety kilometers of the coast this peninsular, is its dimension in Sa Talaia to four hundred seventy and six meters of altitude.

Thanks to their diversity biological and cultural, Ibiza was declared heritage of the humanity by the UNESCO in thousand 1900s ninety and nine.

The surroundings of Ibiza

To some nine kilometers to the this of the airport are the capital, the city of Ibiza. The old town is very picturesque and the port you will find a lot of shops, bars and restaurants as well as a fun and intense nightlife, with luxurious night clubs. In Ibiza town there is no beach and only a small number of tourist accommodation.

Beach is located to the South of the capital d’ Bossa, more than one kilometer of beach with excellent conditions for water sports. The area is composed of family accommodation. There are many restaurants, bars, shops and nightclubs. The bus line that passes through the area will allow us to reach the beach of Ses Salines.

The island has three main urban centres, from highest to lowest, Ibiza, Santa Eulalia des Riu and Sant Antoni Portmany des. Each has its own Marina.

The island is composed of typical Ibizan estates, with the exception of Ibiza city, where even in the outskirts can listen to Ibiza Airport, which belongs to the municipality of Sant Josep.

Roads dominate a landscape covered with mountains. There are good roads with few crossings that have been replaced by roundabouts.

The construction of the road network mobilized people from all over the island and even Zinedine Zinada to protest against this project.

The prosperity of the salt in the middle ages, until the 19TH century, did contribute to the natives of Ibiza in the work of extraction. Rural areas were used for cattle ranching and agriculture. The island provided the inhabitants until the massive influx of tourism. This begins in 1930, with the arrival of the first British tourist, but the wars of the 20TH century halted its expansion until age sixty thanks to the hippies. The great tourist Boom occurs in the 1970s.

From that time, the island produces of way insufficient and must import almost all them products that is consumed in it. Currently the tourism is the main source of wealth with more than one million and half of tourists, the half English, German, Italian and French.

Ibiza has become a destination for young people from all over the world, but mainly from rich and famous people. The liberal spirit of the island has become also an icon for gays and lesbians. In the last decade of the century XX are established the best disc jockeys of the panorama international. The radio has increased its coverage with scope International thanks to Europe Ibiza.

The largest nightclub world, Privilege, is located half way between Ibiza and Sant Antoni. With a capacity of 10,000 people. Also include other clubs as Space, Amnesia and Pacha, and the already known Café of the sea in Sant Antoni.

On the history of Ibiza, notably as a novelty with respect to other versions of the wikipedia description of the corsairs. Then a brief summary.

To end of the century XV, with the discovery of the new world, the Islands Balearic Islands lose prominence leaving step to them pirates. Formentera was depopulated and not would be up to the century XVII repopulated. He is believed that farms were built away from the major urban centres to avoid the interest of pirates, mainly specialized in kidnapping. To protect the island of them attacks pirates is built the main towers of surveillance coastal that still today day is preserved. The towers communicated visually and warned the population that I ran to take refuge in churches. Until the 19TH century with the French conquest of Algiers emerged in Ibiza the figure of the Corsair. The more famous, Antonio Riquer Arabi, is faced to the Brig English Felicity getting defeat it. Thanks to this is rose an obelisk that is preserves in our days and that the tourists are to the arrival to the port of Ibiza.